German Rashbilovich Zakharyaev was born on July 7, 1971 in the village of Krasnaya Sloboda (Quba) in Azerbaijan in the family of journalist Rashbil Zakharyaev.

At an early age he lost his father. By his own admission, he earned his first money at the age of seven.

After graduation of the secondary school in 1992 he moved to Moscow, where he began to engage in business. At the same time he studied in Russian Presidential Academy of National Economy and Public Administration.

After obtaining his higher education German Zakharyaev defended his thesis titled "Evolution of the religious theological concept of Hasidism". He is Candidate of Philosophic science. He is married with four children.

In 2001 German Zakharyaev created and headed the family charitable foundation STMEGI to support mountain Jews, the fund mission is to preserve historical and cultural diversity of the heritage of the mountain Jews, to publish books and coordinate the work of major mountain-Jewish organizations around the world and to provide regular support to Diaspora members.

The activity of the international fund covers all most important areas of Jewish life. Among them are religious projects such as the restoration of the Moscow Choral Synagogue to mark its centenary, the repair of Torah scrolls, visits of rabbis (Rabbi Tzvi Patlas, Rabbi Yitzchok Ezrachi, Rabbi Avigdor Yunayev, Rabbi Benjamin Batzri, Rabbi Yitzhak Yosef) and cantors to Russian cities for holidays, donations of Torah Scrolls to synagogues and yeshivas, participation in distribution of charitable products on Passover, support for the religious communities, publishing activities. 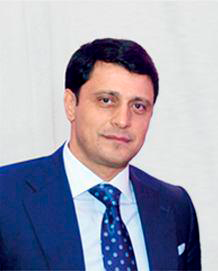 Все проекты
© 2021 STMEGI MEDIA GROUP
Thanks
Your application has been submitted.